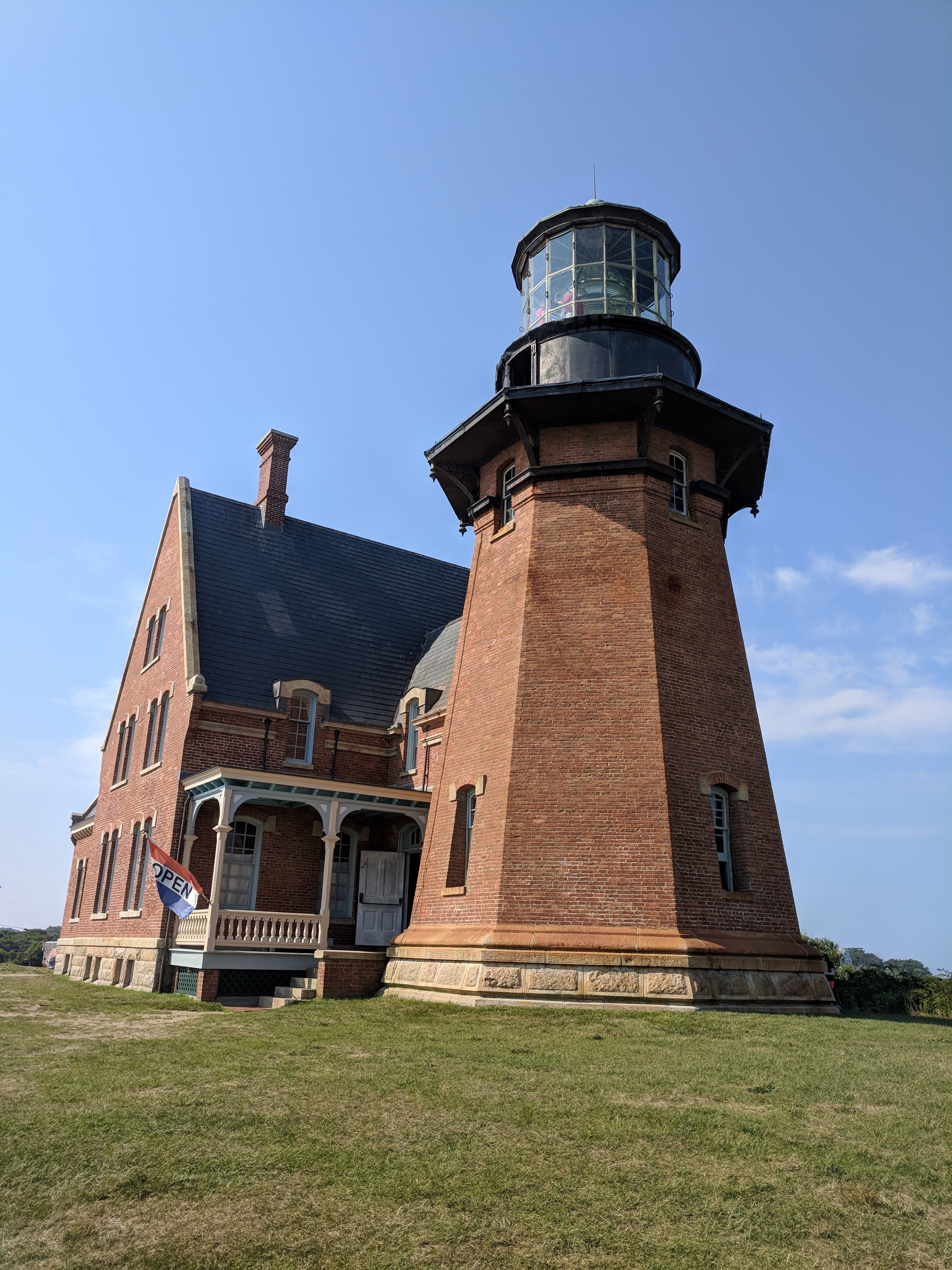 The day started like any other day. I just knew we were running on time for the ferry to Block Island. Boy was I wrong. We missed the 8:30 am ferry. Me the person who is never late. We did make it to the island but our plans got adjusted slightly. It was better for us truth be told. The 11:55 am and 8:10 pm return ferry were not as crowded as the ferry we were originally booked for.

We took the high speed ferry so it took about 1 hour and 20 minutes to reach Block Island. We took our bikes over for this adven koture. The day as super breezy. Riding to the Bluffs was hard going because it was all into the wind. We decided to follow the southern route of self guided bike tour. Edonna had enough of the hills by time we got to the second location she went back and got a moped so that she could enjoy the island more easily. This is sometimes necessary after you had knee replacement surgery. I stayed on my bike.

We did a few stops on the bike tour (narration for bike tour):

The first images are of the Spring House Hotel which opened in 1857. The Southeast Lighthouse, a national landmark. It was built is 1873 but moved to current location in 1993 off the Mohegan Bluffs. There is also an image of the Hotel with the 1661 Farm and Gardens.

We did not walk to the bottom of the bluffs. There are a LOT of steps. I would have stayed down there a few hours if I was going to walk all those steps. Last part of this circle of the tour is the painted rock. I was underwhelmed by it. It was a hard ride there.  It was a great day of sun, hard riding, surf and eating.

I highly recommend that if you are in this area to add this to your list of must do.  If you leave from New London, CT you can bring your bike.  There is no car access from New London.  You can take the traditional ferry from Point Judith in Galilee, Rhode Island.  You will need reservations if you plan on taking your car. There are plenty of bike, moped and car rental establishments on the island.  The beaches are plentiful and should meet all kinds of needs.  I cannot believe that I had never done this before.  Sometimes you have to move away to get a greater appreciation for the activities there are to do in the area where you grew up.