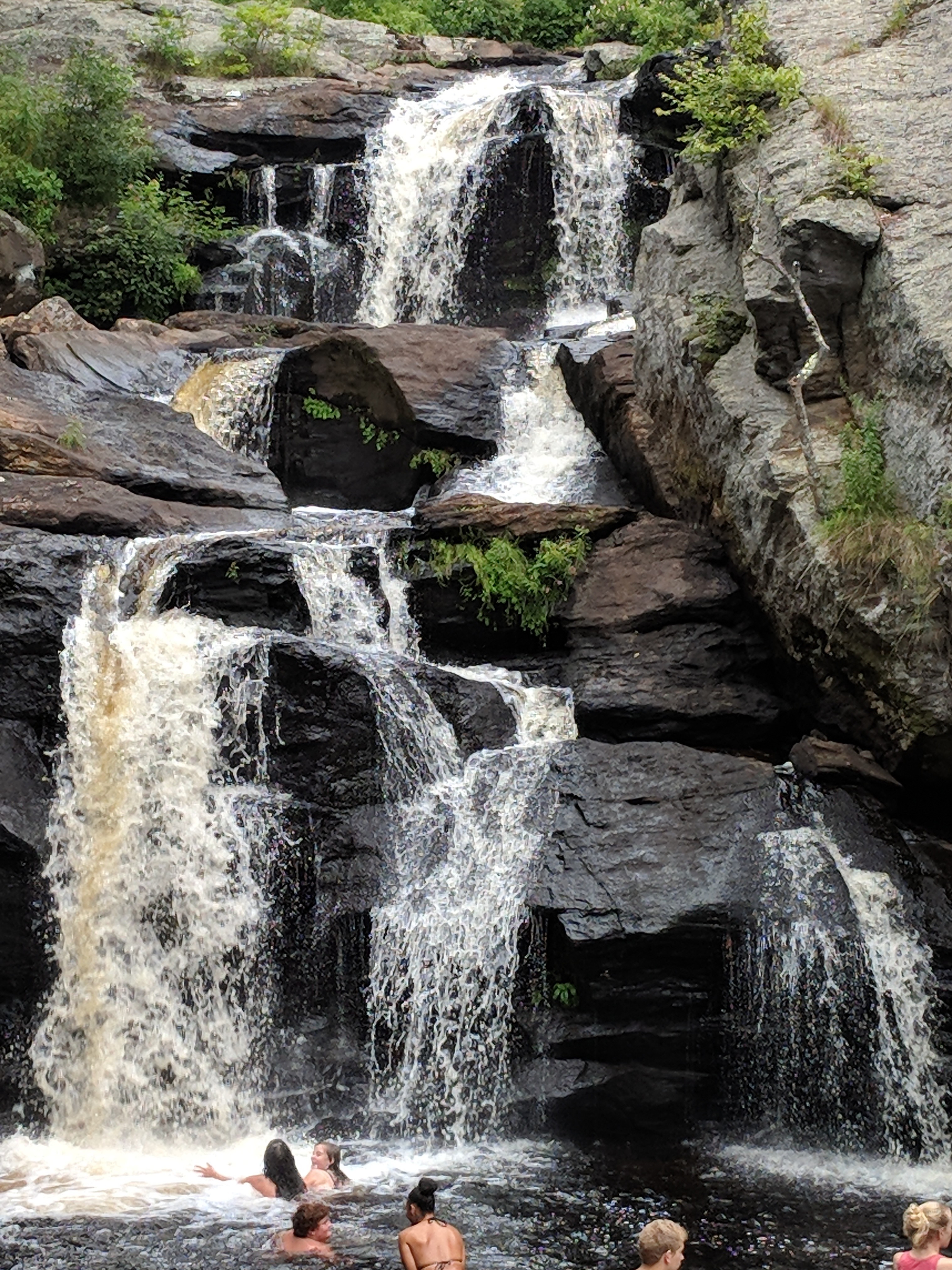 We visited Gillette Castle and Devil’s Hopyard on the same day. They are about 30 minutes apart so visiting both is not bad drive. I would suggest that if you are a full time RVer that you leave your motorhome parked and visit these places via car. Both are on winding, narrow roads with hills with 8% grades in some places. Your heart will thank you.

This is one of my favorite places to hike. You have dense forest; a beautiful waterfall; quiet for days. You are probably trying to wonder how this place got its name. I am taking this straight from the State of Connecticut Department of Energy and Environmental Protection’s website:

A search for the origin of the name “Devil’s Hopyard” reveals a wide variety of different stories; none of them are verifiable and all are likely to be more fiction than fact. One of the most popular of these stories is about a man named Dibble, who had a garden for growing hops used in the brewing of beer. It seems that through usage, Dibble’s Hopyard became Devil’s Hopyard. There are records of several farmers having hopyards in the area, but there is no mention of a landowner named Dibble. However, Dibble might have been a tenant.

Another tale focuses on the potholes near the falls, which are some of the finest examples of pothole stone formations in this section of the country. Perfectly cylindrical, they range from inches to several feet in diameter and depth. These potholes were formed by stones moved downstream by the current and trapped in an eddy where the stone was spun around and around, wearing a depression in the rock. When the rock wore itself down, another would catch in the same hole and enlarge it. We know this now, but to the early settlers the potholes were a great mystery that they tried to explain with references to the supernatural. They thought that the Devil has passed by the falls, accidentally getting his tail wet. This made him so mad he burned holes in the stones with his hooves as he bounded away.

Whatever the origin of the name, the place is still as beautiful as I remember it.