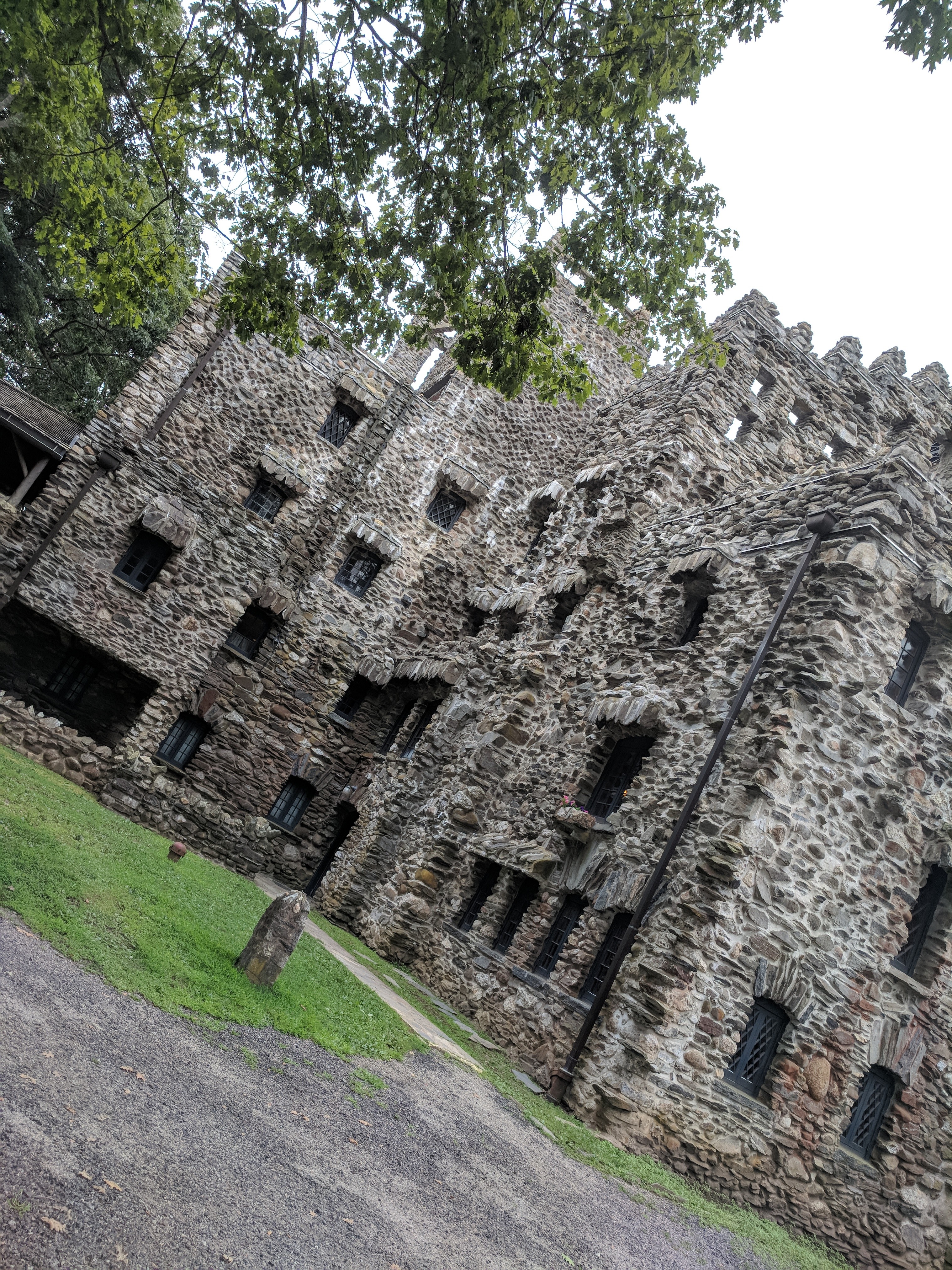 We continued our tour of some of my favorite places from my childhood.  Edonna is gracious in being dragged along to all my favorite haunts.  Gillette Castle overlooks the Connecticut River in Haddam, CT.  I have been there a few time on field trips and adventures with my family.

The castle has nothing to do with the folks who make razors.  William Gillette was a very popular actor from his time.  He was famous for his portrayal of Sherlock Holmes.  He obviously had great wealth to create a castle made from stone.  He even had his own fire protection system built into the house because he was so far from town.  While he had to be eccentric, he is my kind of eccentric.  He was a lover of cats (he had 15) and frogs.  The table in the front room was specially made with his cats in mind.  There are hanging wooden toys all around the table.  He loved his cats so that he would glue vases down so that the cats could not knock them over.  As a fellow cat lover, that warms my heart.  He also known to keep two frogs in the pond area.  I forget their names at this time.  However, if a frog died or disappeared, he would replace it with another.

There are special passages and mirrors in unique places so that he could see who was coming in the front door or lock the liquor cabinet so that his guests could not access it. He even had his own train that ran through the property.  Like I said eccentric. The home has a wonderful view of the Connecticut River.  We were outside at right time to see the ferry that takes cars back and forth across the river.  There are no bridges on this part of the Connecticut River.  Enjoy the pictures of the Castle and surrounding grounds.

← Cruisin’ for a Cause
Devil’s Hopyard →