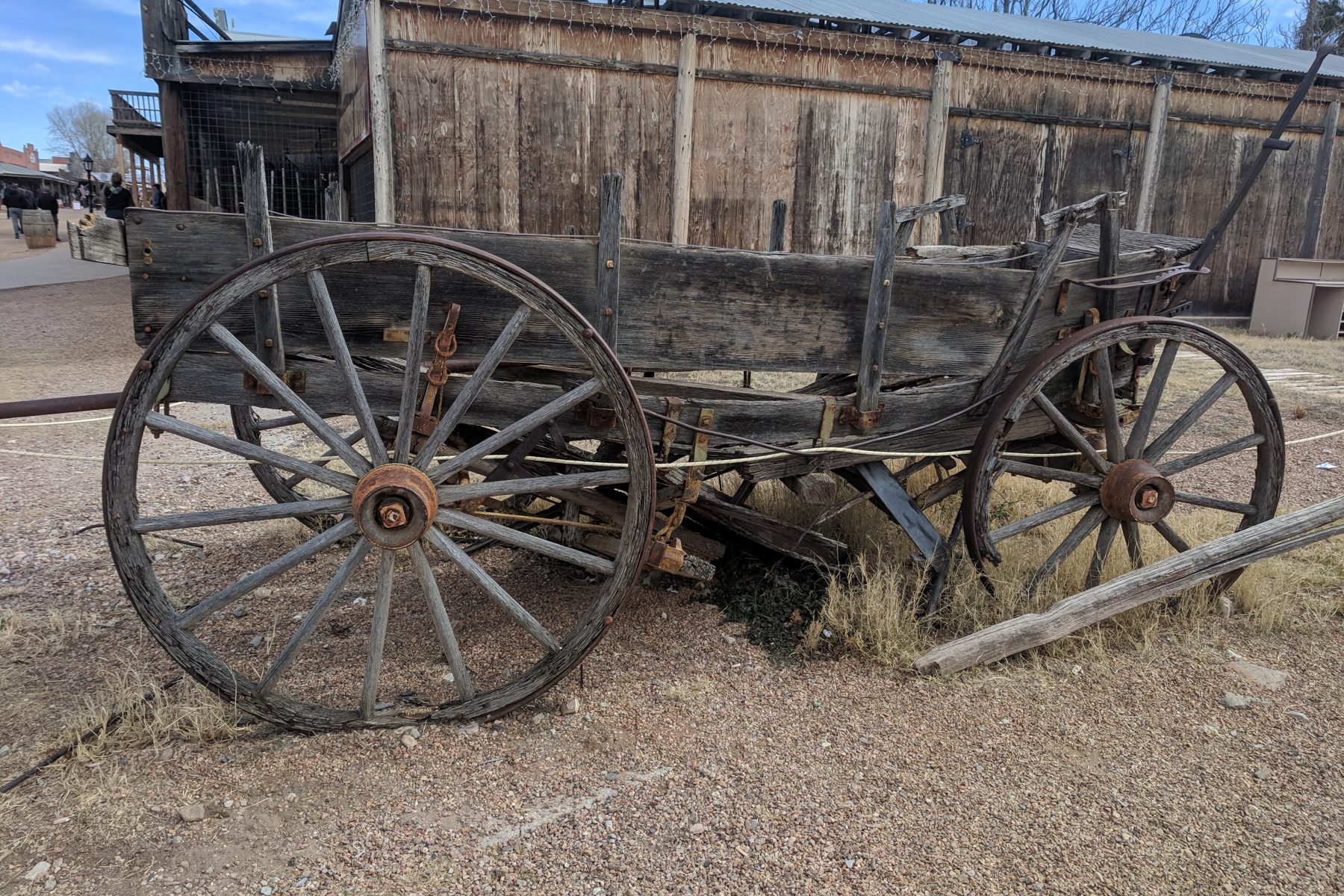 In 1877, the city of Tombstone was founded by Ed Schieffelin. At the time, there was a scouting voyage in Tombstone against the Chiricahua Apaches. Ed was on this mission and was staying at Camp Huachuca (later to become Fort Huachuca). Ed was in the bad habit of going out on his own to gather stones. The soldiers would tell him that the only stone he was going to find was his tombstone. Ed did find something. He found silver. Thinking of the soldiers he named his first mine Tombstone.

Word spread quickly and before long homesteaders, cowboys, speculators, prospectors, lawyers, business people and gunmen were headed there. It was originally called Goose Glats, but because it was so close to the mine it was renamed Tombstone in 1879.

Tombstone became the town of 100 saloons, a huge red-light district, newspapers and one of the original Arizona community swimming pools; which is still in use today.

It also had two theaters. Morgan Earp was killed at Scheiefflin Hall. That building is still used today.

Just walking down, the street feels like walking into a western. The reenactments at the OK Corral, the Boothill Graveyard and the Bird Cage Theater made me feel like I could have really fit in during the time.

If you are in the area, I highly recommend a visit, step back in time and enjoy the smell of gunpowder.

This was written by Donna. I just typed it in.