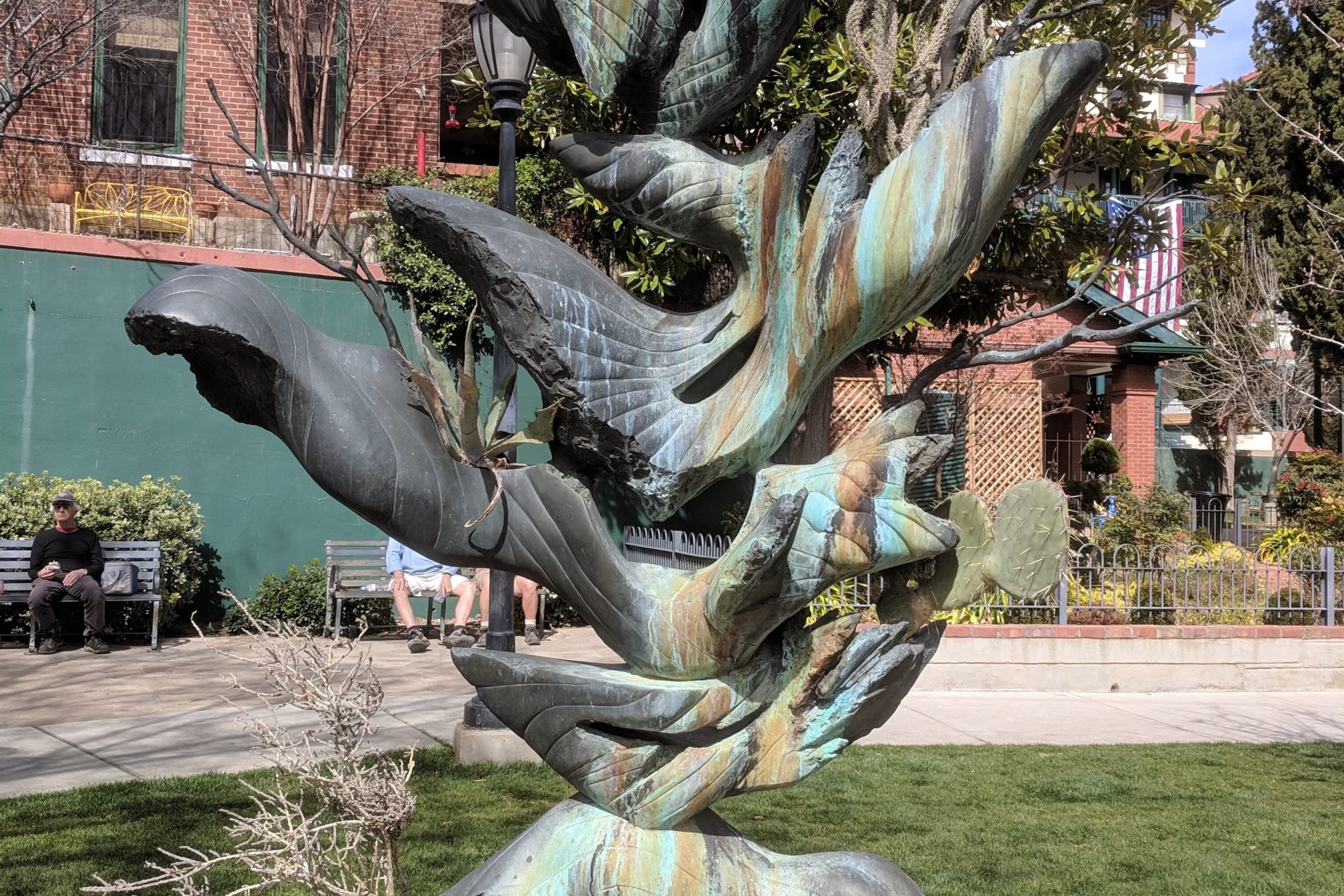 We continue to make our grand tour of Southeast Arizona. Bisbee is a quaint town that is built into a mountain. From Sierra Vista we had to go through Mule Pass which is the tunnel which brings you from one side of the mountain to the other. I was driving. The tunnel was long but there was plenty of traffic so I was not afraid. I could only imagine what it was like when you had to go over the mountain before the tunnel was built. That would have made me nauseous. In fact, I would have had to pull over so that Donna could drive.

Bisbee started off as a mining town. Two former officers who fought in the Civil War but where trained as geologists saw potential when they saw the minerals in the town. They took their bounty off to California where they received enough money to start a mining operation. Mines were active in this town until 1975. Most towns die when their industry leaves. Not Bisbee. Due to cheap land in a beautiful location the town was reborn as a hippy community. Lots of free spirits and artists moved into town creating a wonderful, thriving location.

We started in the mine. I was concerned that I would get claustrophobic. This happened to me before in Nevada. I couldn’t go in due to closing walls. This did not happen this time. I am not sure if it was because of airflow or what. No matter. I was in the mine and enjoying the tour. It was so interesting. You could still see pockets of minerals in the walls.

We also walked around town. Bisbee is built into a hill. Be ready to walk. Some of the sidewalks were the old western type where the sidewalks are built much higher than the street. It is very hilly. We sure got our workout in walking around this town. This is one place I really liked and could see myself setting down. That won’t be anytime too soon. We are having too much fun traveling around and exploring the U.S.

Have you ever been to Bisbee? What did you like best?