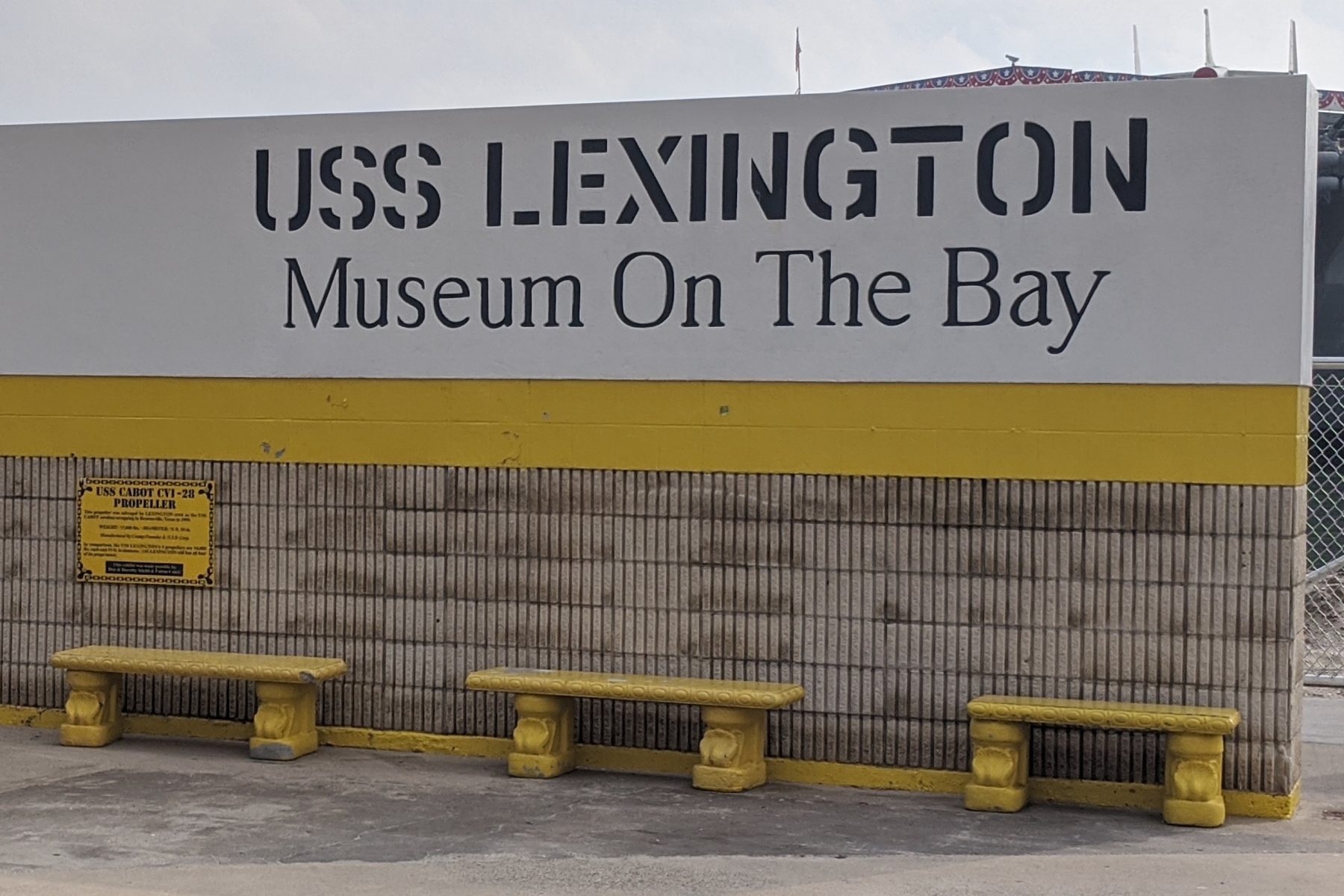 The Lex sits in the harbor on the north shore in Corpus Christi. We were both excited to visit this historic ship that is now a museum. We were told that it was haunted. I was all about communing with some ghosts. Donna not so much.

There are five different self guided tours on this ship. You can also make reservations to get a guided tour. Make sure you give yourself lots of time. It took us 4 1/2 hours to complete the tour. I would also recommend that you don’t do this ship on the same day as leg day in the gym. The stairs are very steep and since it was a working ship you have to lift legs to get through many doors. I would also make sure your children are old enough to understand that they can’t touch everything. There are a few area where you can practice knots and touch but some of the original parts on the bridge are look only.

This ship was the first to have women on board. You are able to see those quarters. It also survived a Kamikaze attack during WWII. One of my favorite area was the Pearl Harbor exhibit. It is a multi media display that unfolds the day. It was powerful. We both enjoyed the knots display. Neither of us could get our knots to look like a proper navy knot.

My other favorite part was the display to the Texas Navy. Yes, Texas had its own navy. Who knew? There was a short movie that explained that during the fight for independence from Mexico that a navy was formed to get open the shipping channels from Galveston, TX to New Orleans, LA. It was a fascinating history that I had no previous knowledge.

There are volunteers all throughout the ship in case you have questions. Many of the volunteers are former military members. At the time of writing this entry, there are three Pearl Harbor survivors still alive. It was invaluable to ask questions to people who have served on this type of vessel even if it wasn’t during WWII.

There is also an escape room and a 3D movie on board. We did not utilize these two services. I highly recommend a visit if you are in the area. It is right next to the Texas State Aquarium. We did not do both in one day due to wanting to rush through each place. Lastly, we did not have any ghostly encounters.

Have you been to the USS Lexington? What did you think?