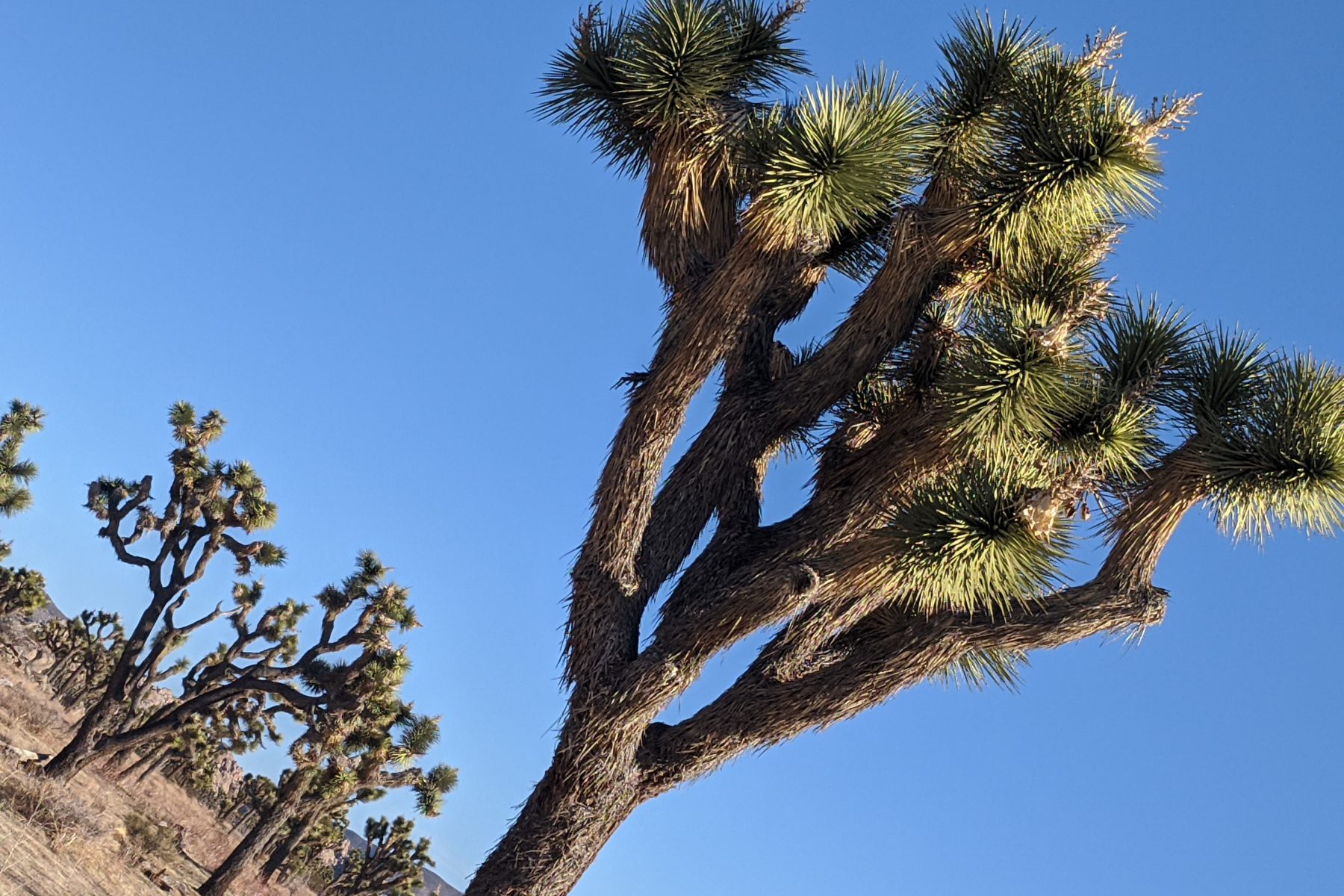 My excitement was high as we were leaving the Xscapers Annual Bash. I was feeling like I was catching a cold but that did not stop me from bouncing in the RV all the way to Twentynine Palms, CA. This was a little over a three hour drive from Lake Havasu City, AZ. This was my first time in the Mohave Desert. It was desolate. If you have been reading the blog since we have entered Arizona this winter you know that I have a fictional horse named Diamond. We ride while I carry three canteens of water, three pieces of hardtack and a handful of beef jerky. I regaled her of stories of our adventures through the Mohave Desert. Donna was not entertained. She kept asking practical questions like where you going to sleep?

We made it to our destination at the FamCamp on the Marine Corps Base. She was happy as a clam to be back among her people. This is the first time in our travels where we have stayed on a Marine Corps Base. We had a first incident while we were hooking up to the utilities. The water pump starts going off in one continuous cycle. This is never good. It means you have a water leak. I started looking in the usual places on the inside – underneath the kitchen sink, underneath the bathroom sink. under the shower, checked toilet seals. Donna started looking outside – low point drains for cold and hot water as well as for the fresh water tank. The low point drains for the cold and hot water were leaking as well as water coming out of the city connection. We worked with the low point drains to slow down the leak but we could not stop it. Donna started calling RV techs in the area. As luck would have it, she found a retired Marine who had his own business but was not currently working as a tech. Once he knew he was talking to another retired Marine, he said he would be over in 40 minutes. Ken and Dylan were able to figure out that not only the low point drains were leaking (we figured) but that there was a loose connection at the city water area that was easily and quickly fixed. Donna and Ken got to talk about the ‘good old days’ and I was happy that I was going to be able to take a shower.

As Sunday progressed I started feeling worse and worse. It started with sneezing and body aches. By Monday morning, I knew I had a full blown cold. I was craving carbs and just wanted to sleep. I pushed through and got the laundry done and cooked dinner. About 3 pm in the afternoon I stated I was going to bed. I did not leave the bed again until Wednesday mid day. This is the worst cold that I have had since I retired. The coughing. The sore throat. The painful sinuses; never any fever. By Wednesday Donna is starting to show symptoms. Great, now we can both be sick at the same time.

The reason we came to this part of California is that I really wanted to see Joshua Tree National Park. We were about three miles from once of the entrances. We thought Wednesday afternoon would be a good day to drive in see the trees and come home. We did not even stop at the visitor center. My big dreams of hiking and rocking climbing have been put to rest. I just want to see some of the park from the car. We had a lovely two hour drive. However, that took all of our energy. We are now both in bed. We did not get out of the bed on Thursday except to feed the cat. We are just trading germs.

We both started to feel better which is good since we had plans to move to San Diego on this day. I cannot say anything about the town nor the base except to say the FamCamp has no view since I spent all of my time in our rig. I am looking forward to do more in San Diego.