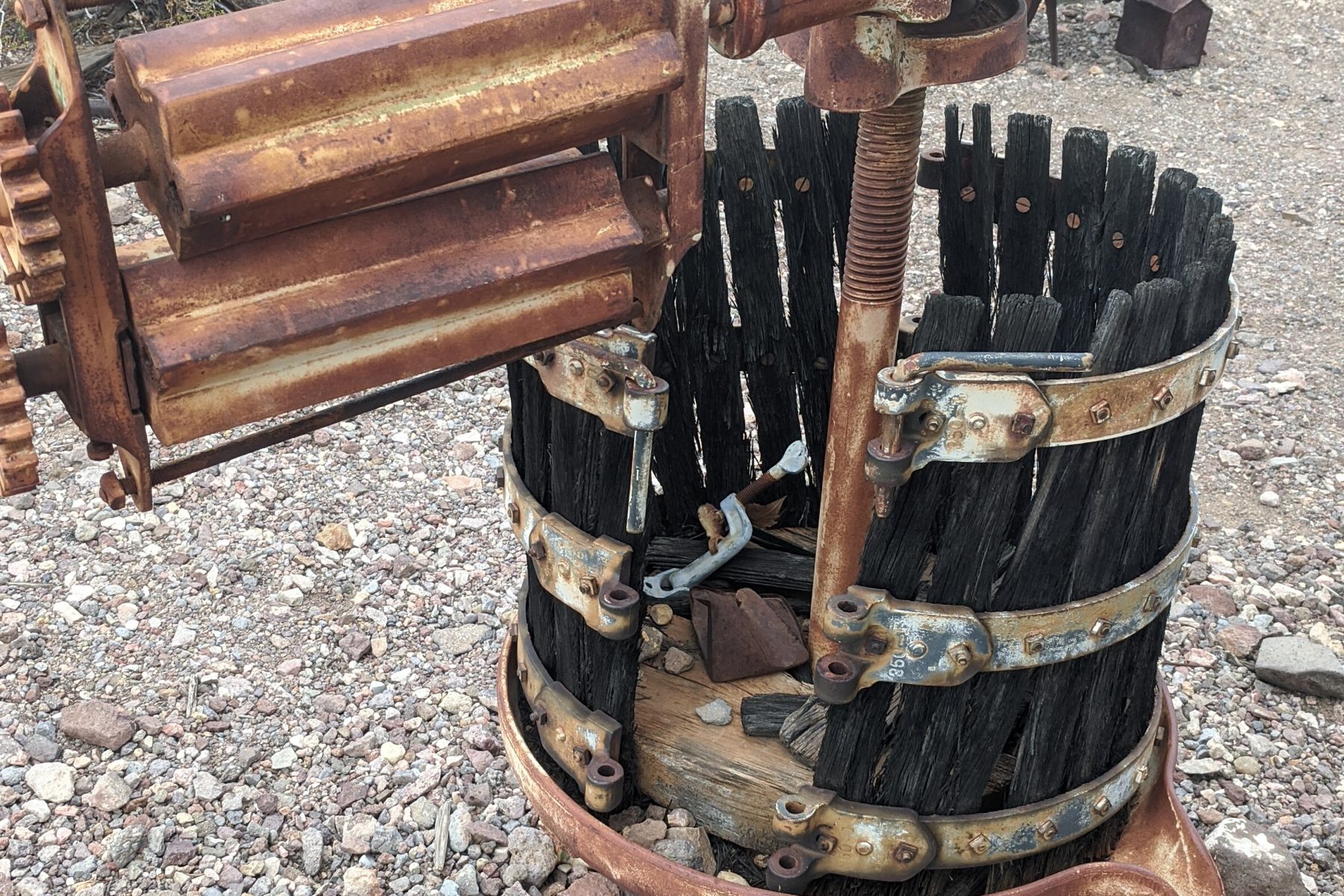 Henry and Ocie Bradley were the first Black family to live in Boulder City. What got me interested in this subject was a local access television program discussing Black history events around Nevada. This program referenced that they used to live at 618 Arizona St. The family moved to the city in 1939. This greatly upset the city manager, Sims Ely. He wanted to keep Boulder city ‘clean, green and white.’ The family stayed in Boulder City for a few years before moving to to Los Angeles, CA in the mid-1940s. This house now is part of the Clark County Museum. The home has been restored to its original purpose, a ticket taking office for the Grand Canyon Airline. However, in the back room it has the history for the city to include how Blacks and Native Americans were impacted by the building of Hoover Dam.

We spent the rest of the day at the Clark County Museum. This is a wonderful place. The inside exhibit starts with Ice Age fossils to the earliest inhabitants of the area to early Las Vegas gambling. The outside is a living museum. There are railroad cars, farming equipment and examples of types of housing in the area. It was a fascinating day. I highly recommend this museum. The price is $2 for adults and $1 for seniors and children. You cannot beat that price. I would have paid much more to visit this well maintained and curated living museum.

Here is the article in the newspaper that I found that helped kick off the research for this post. **I reviewed a few sources for the number of Blacks who worked at Hoover Dam. 44 or 61 was the number that kept coming up. I could not find a definitive source to get the most accurate number.