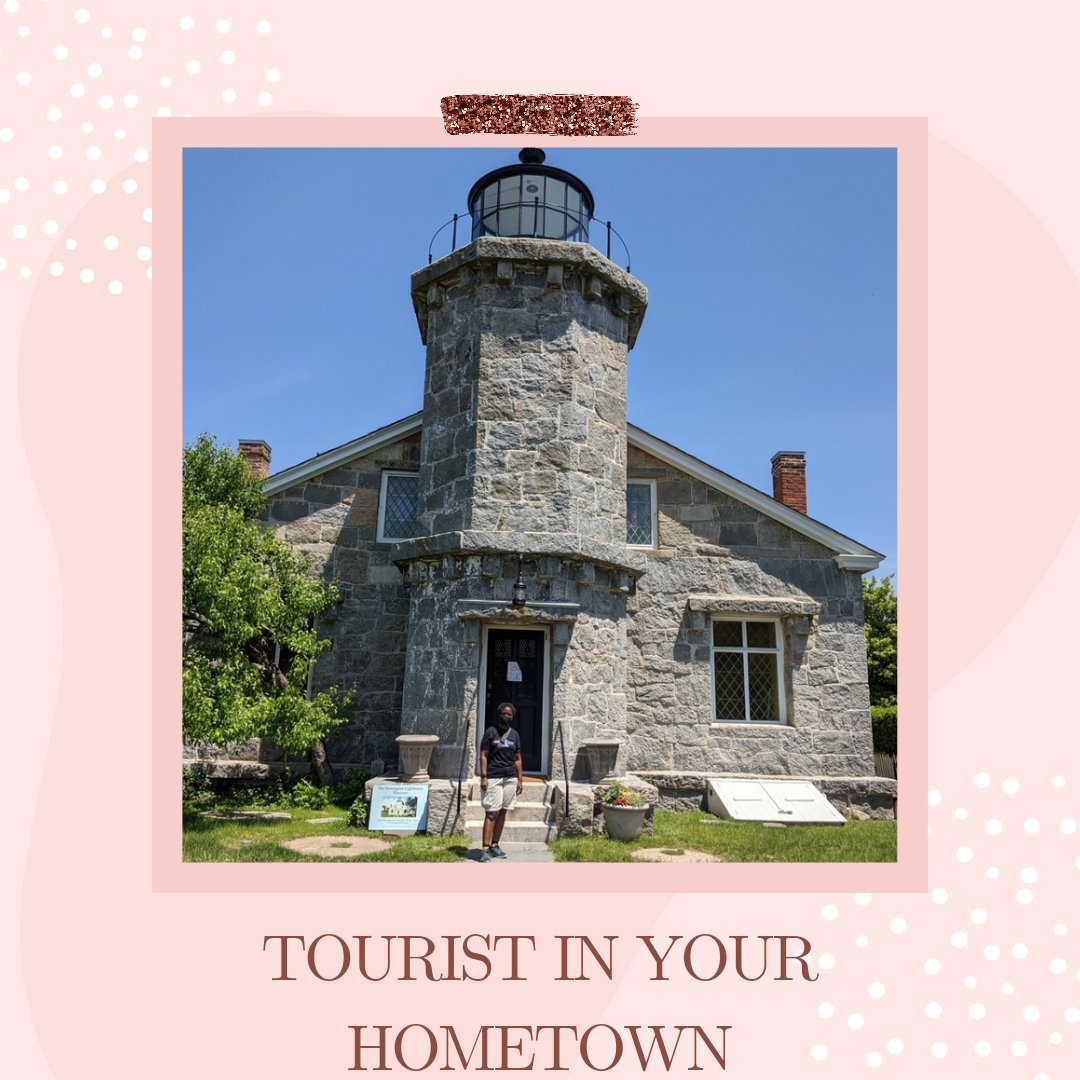 I think many of us take for granted where we grew up. You don’t see all the places that tourists may want to visit. I can tell you when Donna stated she wanted to go to Stonington to see the Lighthouse Museum and the Captain Palmer House Museum, I realized that I have never been nor have I ever thought to go. So off we go.

We went to the Lighthouse Museum first. Part of the museum was under renovation. No matter, the docents that work this museum were fabulous. They regaled us with many tales of the original lightkeepers and how the house was expanded over the years. You can still climb to the top. I would recommend having closed toed shoes. The ladder is quite steep. I had on sandals and could not get myself to the top with the shoes I had on. I was afraid they would fall off when I coming down.

A few miles on the other side of the borough is the Captain Nathaniel B. Palmer House. I had no idea who this fellow might be. He was the captain who found the Antarctic Peninsula at the age of 21. There is a replica of his boat in the house. It seemed mighty small to have traversed those dangerous waters. This house is a wonder. He shared this house with his brother who was also a sea captain. The design is eclectic. Each generation adding their own unique ideas to the house. I found the outhouse the most fun. It seemed there was a seat for each child. Again, the docent was fabulous. She had us laughing and learning all about the family who owned the home. I would say it is a must see.

Both properties are managed by the Stonington Historical Society. Visit their page to see hours of operation. There is a small fee.

← Some of my favorite places in Southeastern Connecticut
Lizzie Borden House →