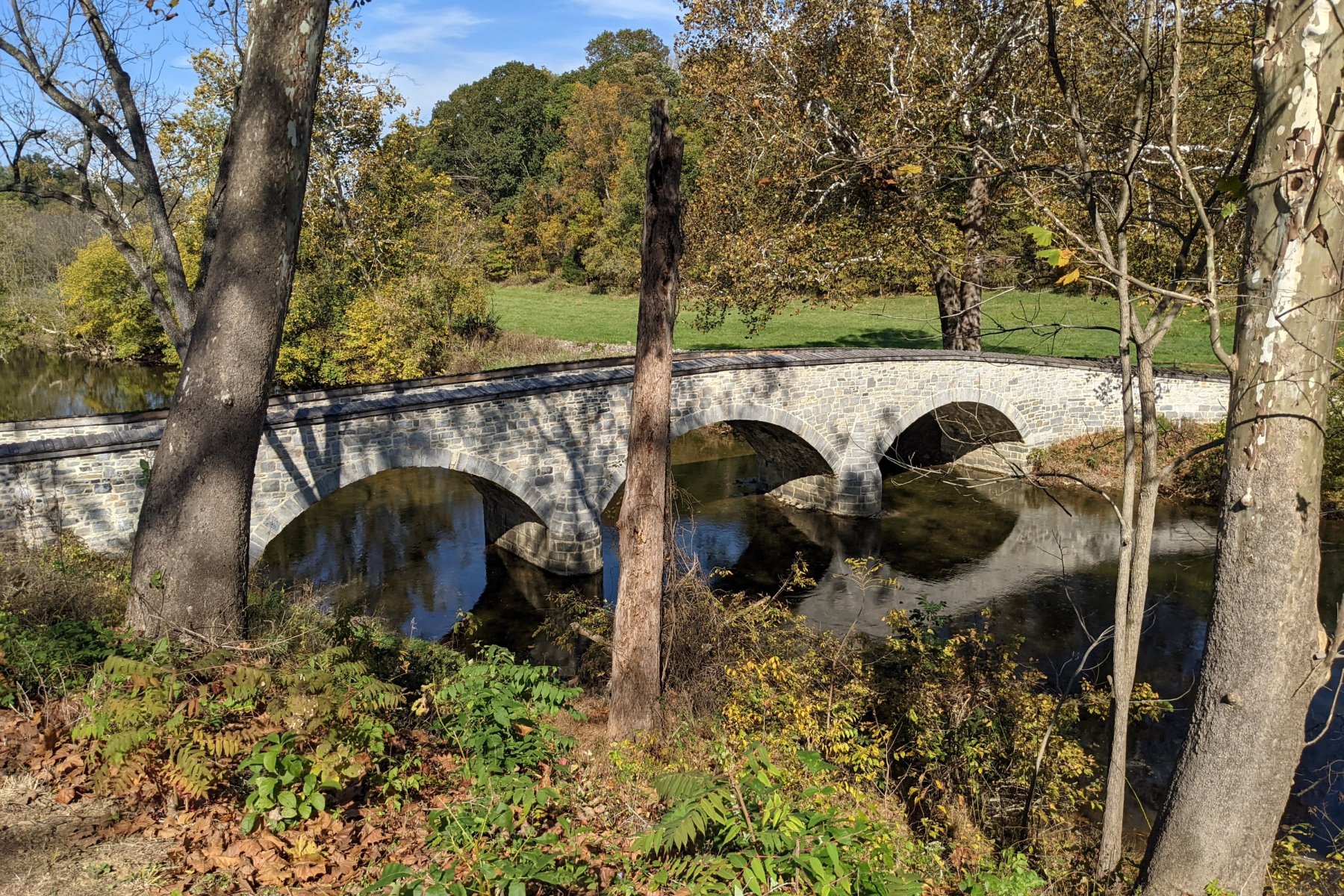 Manassas – This is where the first major battle of the Civil War occurred. I find it surreal that people came out with picnic baskets and blankets after church to watch ‘THE’ battle of the Civil War. Both sides were certain that this would be the only battle. The first battle of Manassas occurred in early July 1861. By all rights the Union troops should have won. They out numbered Confederate troops. However, the Union troops did not cut off the supply line so reinforcements were able to resupply the Confederate line. There was no winner of this battle. However, it did foreshadow a long and bloody conflict was about to ensue. This battle field has extensive walking trails as well as an auto tour.

Antietam – Know as the bloodiest one day battle of the Civil War. This battel occurred on September 17, 1862. Donna and I like to study troops movements. I guess we are a little geeky that way. It comes naturally to her since we was in the Marines. I am not sure where my interest came from. I was interested in viewing the corn field where the troops moved through to start the battle. I never understood this movement. The other side could see you coming; there is no surprise. Donna was interested in the Sunken Road and the Burnside Bridge. This battlefield has an extensive auto tour where you visit and get more information about each area of the battle ground. It is hard to know that exact amount of casualties at this battle but the estimates are around 24,000.

Gettysburg – This was a three day battle that occurred July 1 through July 3, 1863. We spent one day at this park. I wished we had spread it out over a few days. Moving so quickly through this battlefield felt like I was getting a firehose of water amount of information. We watched the movie; went through the cyclorama as well as the visitor center. The visitor center breaks down the battle by day. There was just so much information. The auto tour was very informative. I am glad we packed a picnic lunch. There are many places that are nice to sit and reflect while eating lunch.

We enough reflecting on American history. There are a few more places we plan on visiting on our trek down the east coast. Have you visited any of these battlefields? If so, what were your thoughts?