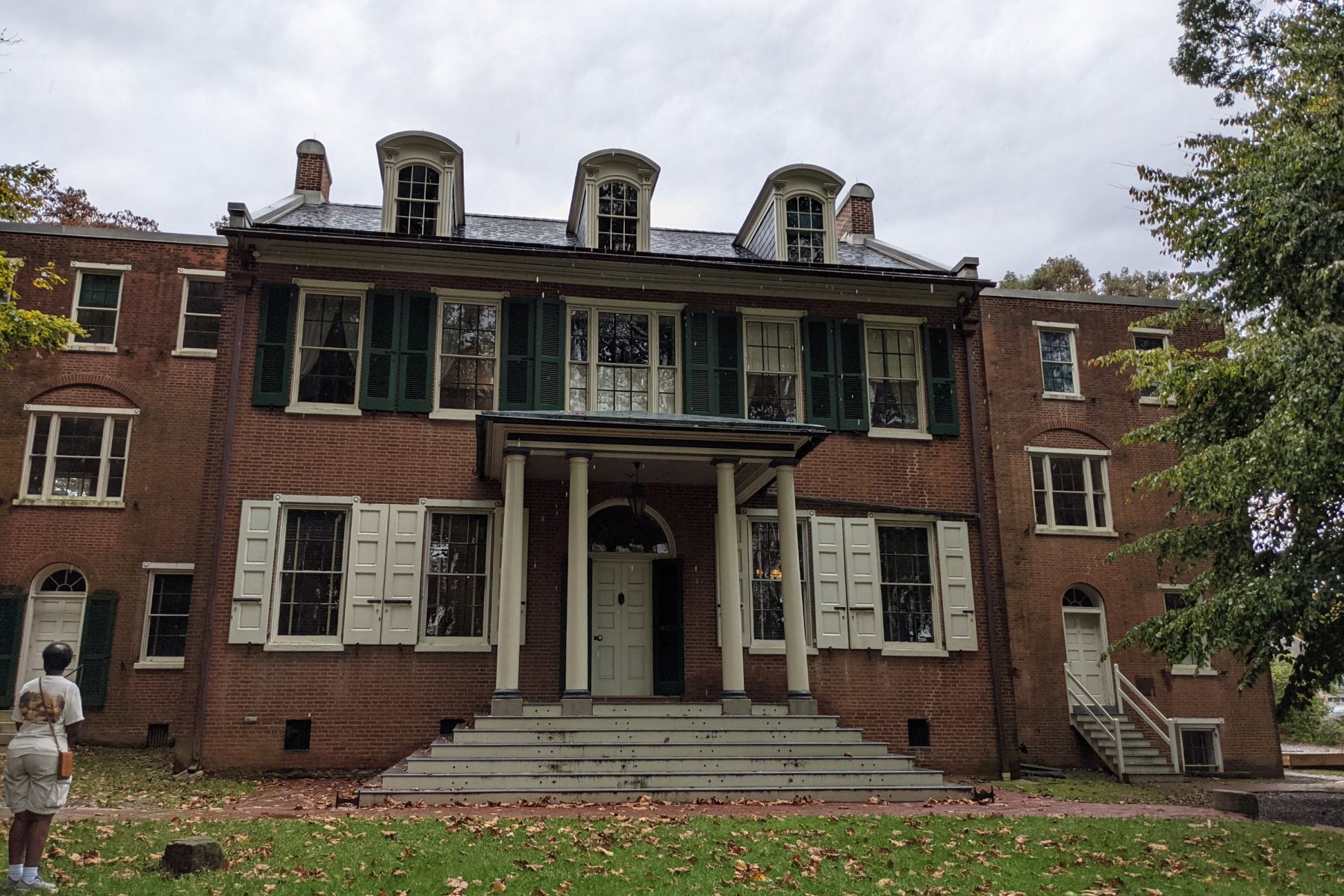 I do a search for Presidential homes every time we stop. We are making an effort to visit as many as we can that are within one hour of our campsite since we rarely come to the east coast. Luckily, there were two Presidential homes in Pennsylvania that met our criteria. First up was James Buchanan’s Wheatland. This home is preserved by the Lancaster Historical Society.

James Buchanan was the 15th President. He is an interesting man to me. He was a life long bachelor politician who gave his life to public service. He adopted a niece and nephew. He made sure his niece was well educated. Something that was not really done during this time period. The term ‘first lady’ was coined during his administration. His niece was responsible for setting up dinner parties and decorating the White House. Before this the President’s wife was called Mrs. President or other names. There was nothing official set until this Presidency. Buchanan’s presidency was also notable for not being able to hold the Union together. When he lost the Presidency to Abraham Lincoln, he did nothing was southern state after southern state seceded from the Union. Historians hold him as one of the worst Presidents for USA.

A point of interest for this house is much of the original furniture is still in the home. The desk that is pictured was Buchanan’s personal desk that he bought to the White House to use and was able to bring back since it was his own. I thought some of the patterns in the carpet was fascinating.

Dwight Eisenhower’s home is near Gettysburg, PA. He was the 34th President of our country. We were not able to tour inside the home due to COVID numbers being too high in the county. We were able to talk to a ranger and tour the grounds. This home is quite modest. It is still a working farm. The land is leased to local farmers who use the farming practices that Eisenhower instituted to keep the land healthy. They had bought this property in 1950.